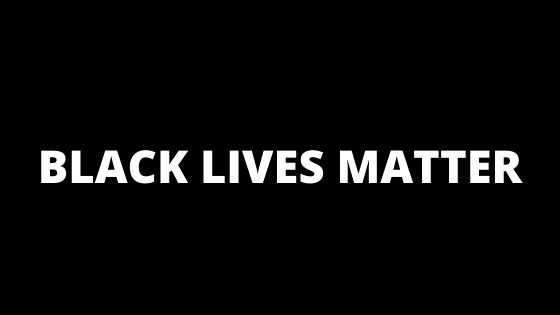 careerbyte stands with the Black community against racism, violence, and hate. We must support one another as allies and stand up for equality and justice. Now is not the time for silence. We will continue to use the power of our platform to amplify Black voices so they are heard.

These most recent violent acts occur against a long backdrop of anti-Black racism in the United States, rooted in slavery and reinforced over time in many facets of our nation’s culture and institutions. And they remind us that we have a long way to go toward achieving true equality for all.

Black communities need you to support and practice anti-racism.

We will not be silent.

Fund Racial Justice: Where to Donate

Reclaim The Block: Coalition that advocates for & invests in community-led safety initiatives in Minneapolis neighborhoods. – https://www.reclaimtheblock.org/home

Communities United Against Police Brutality: Twin-Cities based organization that was created to deal with police brutality on an ongoing basis. – https://www.cuapb.org/

American Civil Liberties Union: The ACLU dares to create a more perfect union — beyond one person, party, or side. Their mission is to realize this promise of the United States Constitution for all and expand the reach of its guarantees. – https://www.aclu.org/

Equal Justice Initiative: An organization committed to ending mass incarceration and excessive punishment in the United States, to challenging racial and economic injustice, and to protecting basic human rights for the most vulnerable people in American society. – https://eji.org/

How to Be an Antiracist by Ibram X. Kendi

How We Get Free: Black Feminism and the Combahee River Collective by Keeanga-Yamahtta Taylor

Me and White Supremacy by Layla F. Saad

Between the World and Me by Ta-Nehisi Coates

Freedom Is a Constant Struggle: Ferguson, Palestine, and the Foundations of a Movement by Angela Y. Davis

So You Want to Talk About Race by Ijeoma Oluo

Stamped from the Beginning: The Definitive History of Racist Ideas in America (National Book Award Winner) by Ibram X. Kendi

White Fragility: Why It’s So Hard for White People to Talk About Racism by Robin DiAngelo

The New Jim Crow: Mass Incarceration in the Age of Colorblindness by Michelle Alexander

Sometimes it’s nice to mix up the media type.

This is a resource put together by @dehyedration with donation links, petitions, and other ways you can tangibly help: https://blacklivesmatters.carrd.co/

Raising Equity – Free videos and resources on how parents can fight racism and cultivate an open mind in themselves and their kids: https://raisingequity.org/

The team that curates career advice for the careerbyte community.

How to Observe Juneteenth This Year

5 Organizations that Support People of Color in Tech (Greater Boston)

How to Prepare and Ace Your Remote Interview

How You Can Organize Your College Life with Notion

Should I Get a Master’s in Project Management or MBA?