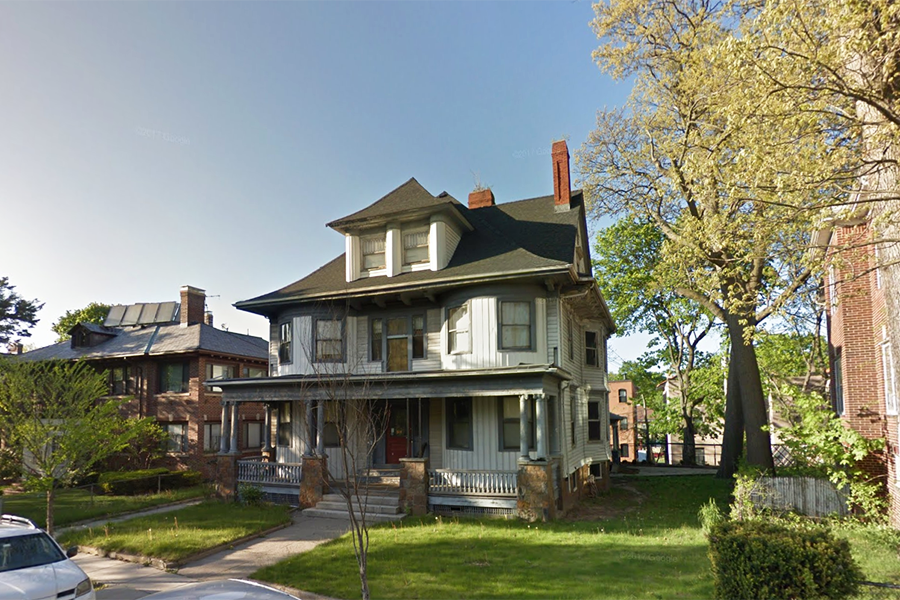 For Episode 10 of the STEAM Boston Podcast, we’re featuring Rizel Bobb-Semple and Bailey Siber from the G|Code team.

G|Code is a pilot program designed to help young women of color between the ages of 18-25, who have an interest and aptitude for computers or technology, but do not know how to develop their interest or understand the opportunities.

Bailey talks about how G|Code started and more about the founder Bridgette Wallace [3:48]

G|Code was an idea in our founder Bridgette Wallace’s mind to counteract some of the inequities that we see in Boston. While Boston is a huge technical hub, a lot of the Black and Brown communities here are just struggling to get by. Bridgette wanted to find a way to take advantage of the tech opportunities here and lift up the Black and Brown folks, young folks, so that they could get into those opportunities and afford to continue to live in their communities as they continue to gentrify. So in short, G|Code House is a proposed pilot program that would provide a co-living and co-learning environment for women of color, underrepresented in tech in Boston, where they could have housing stability, grow their technical skills, and then also have the wraparound support that they need to really flourish in their young adulthood. So, financial literacy and mentorship, mental health best practices, et cetera.

So basically, I met Bridgette when I was getting more involved in tech, doing a couple of internships, and I told her about my life. I told her that I had dealt with housing insecurities in the past as my family has lived in homeless shelters and that I was interested in learning to code, and I was on this journey to learn, and I was growing more and more. She was impressed with all of it, and she was like, “This is crazy. But I have been working on a plan to help women who are on your path in the past, you know, who have dealt with homelessness, who want to learn to code. And I feel like you would be a great addition to be able to consult me to figure out how we can best serve these women.”

And that’s how I got involved. I thought it was so amazing because I was like, “Imagine if when I was younger, a program like this existed, it would’ve helped me out and cut out all of the extra obstacles that I went through just to get here.” I was trying to self learn. Then I decided like, “Okay, maybe I should study in college.” I went through so many different paths to get here. And it’s so lovely that G|Code House is providing one way for women and one that’s supportive and you’re not doing it all on your own. And I think that’s important. And that’s what drew me here. And then for me, my role is, I guess learning and curriculum development, but also other stuff like helping to run the, or plan the program for Intro to G|Code.

Bailey talks about how she got involved with G|Code [7:07]

So my interest in social determinants of health and structural inequities started quite a long time ago. I think I learned to understand the language to talk about that and the data backing that in college. And that’s when I could know at a societal level what was happening in Boston and how inequitable it was. Prior to that I was just experiencing that as an Arab American woman and working through my own experiences with discrimination and inequity there. So once I had the language and the understanding of those things, I wanted to figure out how I could approach addressing those through something that I also really cared about and was interested in, which was tech. So I found out about G|Code House about a year ago and ever since then knew that I wanted to join the team. And now, I am a part of the team, and my responsibilities at G|Code House are kind of wide-ranging, but my primary focus is on strategic partnerships. So identifying folks that can either speak to or help us develop that supplemental, wraparound support is one of the main focuses, but I also help with fundraising and curriculum development and just kind of general management of the work that we’re doing.

Rizel talks about the Intro to G|Code program at the Boston Public Library [10:22]

I also want to highlight that we are doing an Intro to G|Code program. So prior to the actual co-living space, we are doing a program at the Boston Public Library, every Sunday from February 9 to April 26 where women are going to learn basic web fundamentals so that they can just get a little taste of like, “do we actually want to commit to learning to code?” rather than joining a bootcamp. For me, when I joined a boot camp, I had to quit my job and commit my all into it. So this is just a little nice [exposure] into figuring out – this is what code is, this is what technology is, this is what it means to work in the technical field – and decide at the end “do I want to go through this or not?”. And then afterward, we would consider them for the full two-year program or give them other resources where they could further their studies.

So we’re still working on renovating and outfitting the house. We’ve had wonderful partners like those that you’ve already mentioned, like Sasaki Foundation, for example, that’s helped create some renderings of what the house can look like once the renovation and outfitting are complete. That includes a technical space in the basement, a computer lab basically, and then rooms for all of the folks living in the house, et cetera. So it’s still in development. We’re still raising money to try to get the construction work done. It takes time just because, again, it’s such a structural focus. A lot of folks when they want to donate money, they want to see the return on their investment quickly, and when you’re investing in someone’s life and livelihood, it’s just a longer-term investment, and you won’t see the results as quickly. So we’re trying to balance showing the value and the impact that we can have now with continuously focusing and investing in our long term goal of really getting this house into a place where it can be a symbol for the community, as to what a community of color can achieve within their own space.

Bailey talks about how the community can help G|Code thrive [14:52]

So there’s a couple of ways. First off is just time and energy. We’ve got to get this house into really good shape and whether that’s community folks coming and helping us build or repaint one day or someone from the community coming and cooking a meal at the house for our cohort, like any of those small acts commitments just show the greater commitment to the work that we’re doing. So that’s one place where it can really help us thrive because we need the people power and we need a feeling and an understanding that the community is behind us. The second way is through partnerships. So if there’s a local business in Roxbury or a different neighboring community that needs a new app or a website for their business, they should consider the G|Code folks – they’re going to be trained and skilled in this, and it’s an excellent way for them to apply their knowledge and for local businesses to get updated sites or apps, whatever they might need. And then the last way ties into both of them. We just want engagement and continuous patience and feedback from folks because again, we want this house to be a symbol of positive, place-based change for Roxbury and we need to stand by that, to ensure that our neighbors and the surrounding community are in full support of the work that we’re doing. So whether it’s showing up at events, giving us ideas, continuing to give us positive and constructive feedback, or telling us what they want to see out of this space is crucial so that we can kind of mirror their vision in the work that we’re doing.

Okay. Awesome. So our plan for the next six months for G|Code House is to continue getting the house renovated and outfitted so that in one year’s time, we can invite the first cohort into our house, and during that time, it’s a learning process. So we’re going to be listening to what the students want, figuring out what works and what doesn’t, and start iterating on our model. Then in two years, we hope to see that first group transition out of the house and continue to engage with us through the community and events and mentoring others. We hope to continue to iterate on that process and improve as an organization.

The team that curates career advice for the careerbyte community.

Interview With O’Shea Bowens and the Future of Cybersecurity