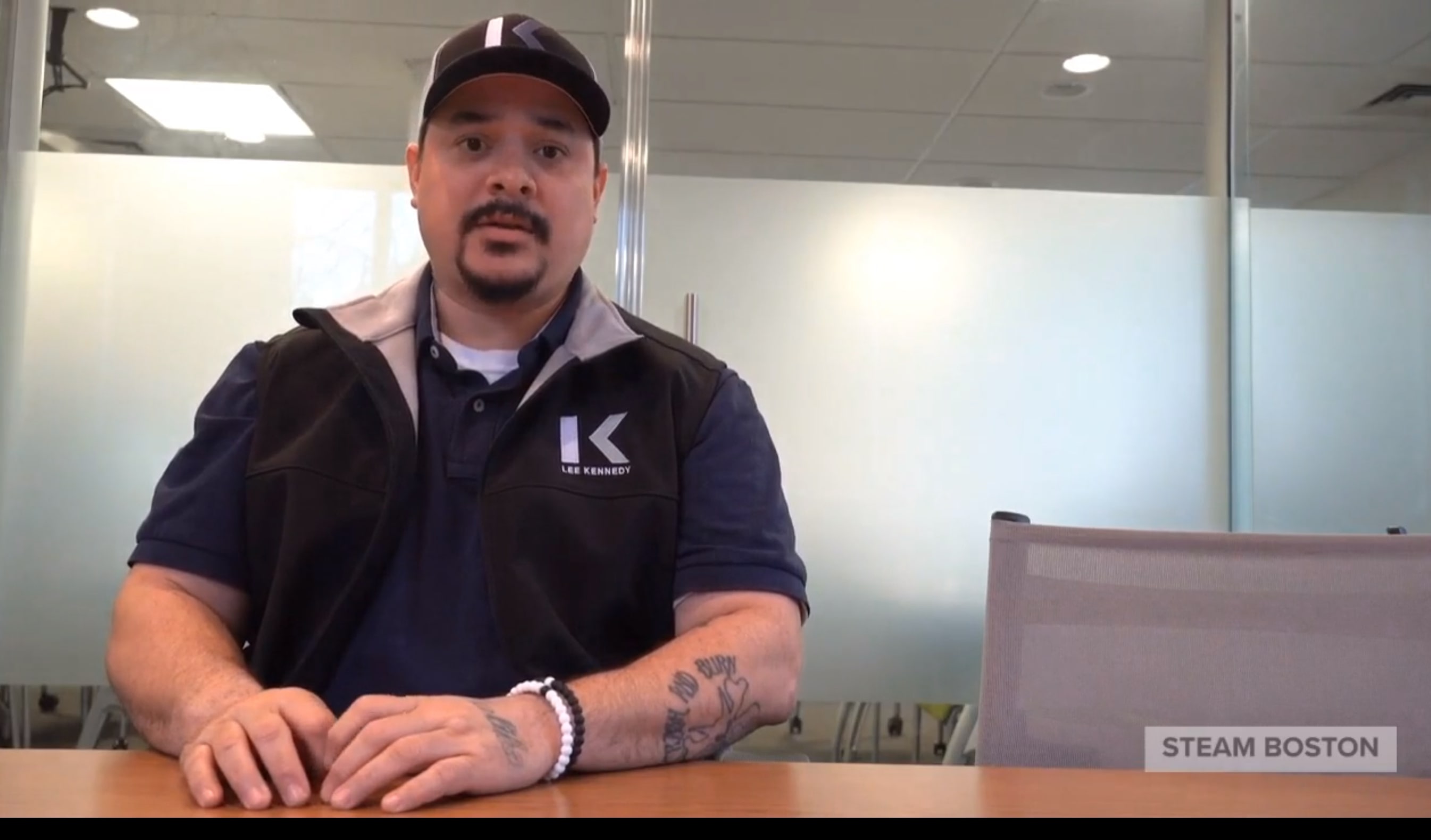 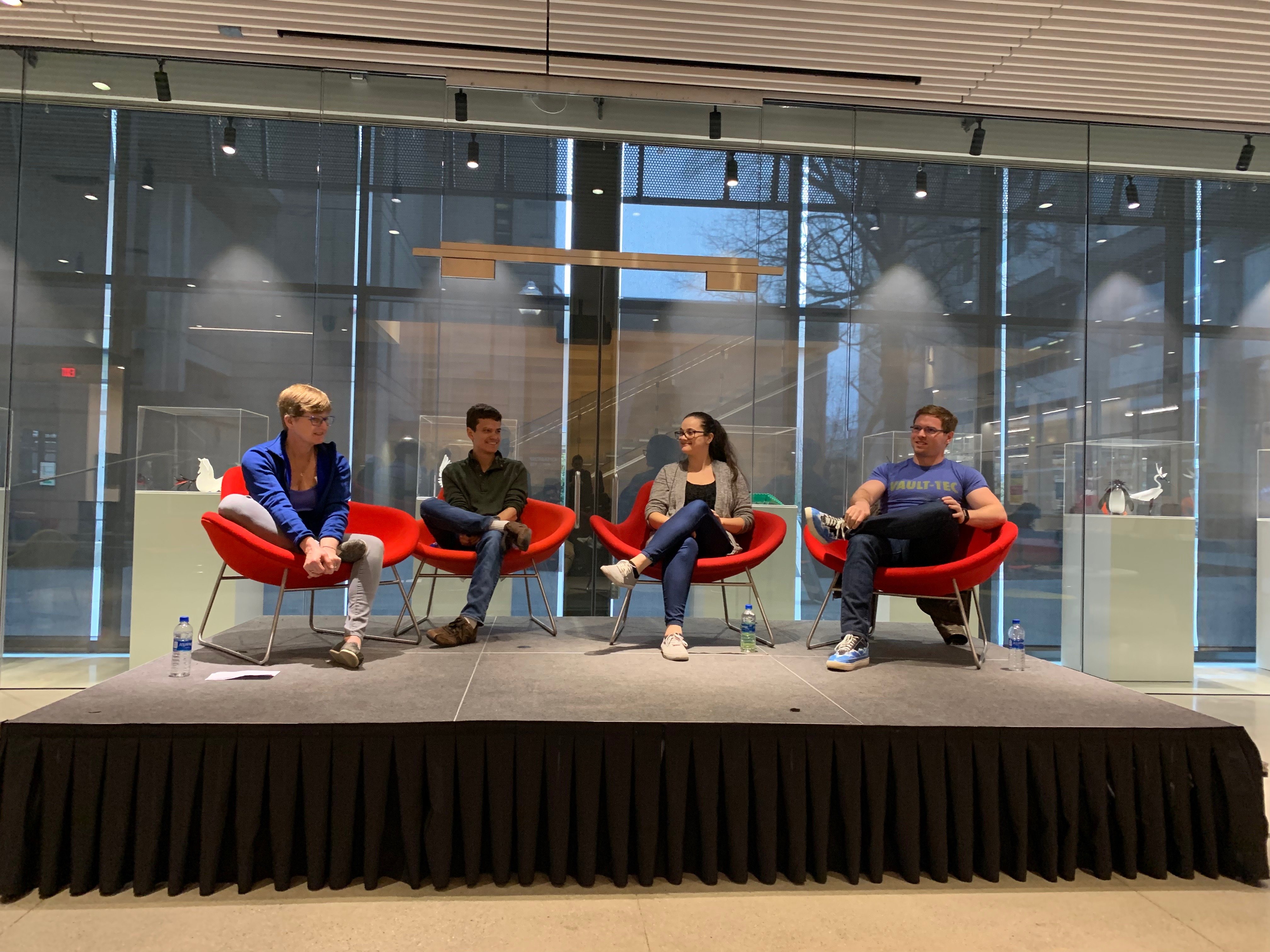 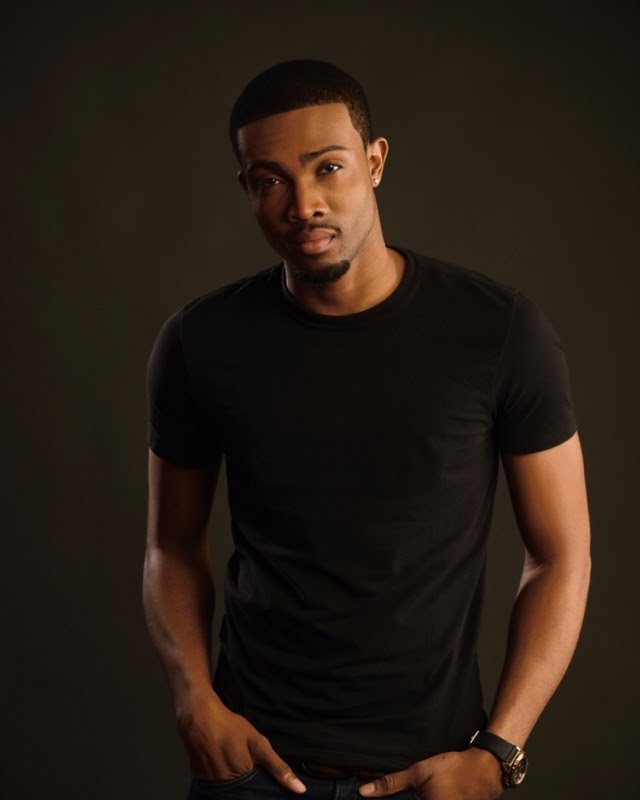 Sammantha Firestone – Electrical Engineering at Wentworth and working at iRobot

Should I Work in Help Desk after College?

Is a Master’s in Project Management worth it?

How to Organize Your GRE Test Study Schedule with Notion

Hi, my name is Gustavo Siguenza and I’m doing an interview for STEAM today. Just a quick background about me: I’m 40, in college I’m pursuing my Bachelor’s degree in Project Management at Wentworth Institute of Technology and then I’ll be pursuing my Master’s in Civil Engineering.

What was your journey like to get to where you are today?

The journey began in Manhattan. I was born in Lynn but my family moved early to Manhattan so I grew up in Manhattan. Went to school there, I’m first generation American. My parents are from the Dominican Republic and they didn’t know English so their education was from DR but when they came over here they didn’t get any more education so it was just me and my sister and I was one of the first ones to go to college. So I did go to college, I have been to college before.

I have a degree in nursing, I’m a registered nurse. But the reason that I transitioned over to carpentry is ’cause I’m a huge advocate for things like if you’re not happy what you’re doing, or where your life is at at the time, change. It’s never too late to change. And I was a carpenter for six years and I went to school for that through the carpenter’s union. And then I entered Wentworth. I’m currently in Wentworth, I graduate in December 2019, and I’ll have my Bachelor’s in project management. After that, I’ll take a short break and then pursue my Master’s in Civil E.

Tell us about a time that you failed.

A story about the time that I failed. So an example of when I failed and when I say failures it just means that at the moment in order to get to where I wanted to go I had to find another route. So I work currently at Lee Kennedy and when I first started to pursue a job at Lee Kennedy, I was actually supposed to come in as a super, an assistant super at that. Ended up happening is somebody was more qualified than me so they got the position and I didn’t quit.

I continued to pursue it and I found other venues. I attempted another time and that didn’t work out as well and then finally I reached out to the co-op board in the co-op department in Wentworth and we came up with a plan and the plan was I told her to put out that I would do it for free. That I would intern for free if she would just send that out and make calls and she did and everybody jumped on board with that. I actually received five offers when I did that.

Never take no as an answer. Failure it really only is and I’m sure most of you know this is when you give up. So it took me three tries to get in here, I could’ve quit after the first time and that would’ve been a true failure. Nothing is a true failure unless you learn and grow from it. So I got really creative at the end. What I did was, like I said, I put it out there that I would do it for free. I really wanted the experience and the exposure, especially after the first time when I didn’t get the assistant super position. Being that I was in carpentry for six years, I did have a huge background in it, but there was just somebody that had the experience that they were looking for so I said that would never happen to me again.

How is technology revolutionizing the construction industry?

Technology is integrated all through construction now. So what used to be blueprints on paper is now on computer. There’s software for it. Everybody’s walking around with an iPad. Or if you wanna see what construction is gonna look like, there’s 3D models, and that’s all built on software. So technology is a huge part of construction. And when you think of construction you think of hammers, nails and saws and different kind of hand tools but you don’t think of the technology aspect which a lot of technology that’s integrated into construction is pre-built. So everything that leads up to it actually getting to the field. So the building’s already built, it’s built in a model on computer and we can see everything. We can see the plumbing, the electrical.

Everything is built, pre-built on computer. So technology is huge and it’s just gonna get bigger. So as more technology is introduced and more people become familiar with technology, that’s where it’s gonna go. We’re still gonna use hammer and nails, ’cause that’s how you build things, but you’re also gonna have to know how to use technology. ‘Cause it’s integrated and it’s just getting more integrated into the field.

Interested in joining the careerbyte Community, then visit this link: https://community.steamboston.com/

You will have the opportunity to expand your network and connect with students & professionals in the STEAM field in the Greater Boston area. 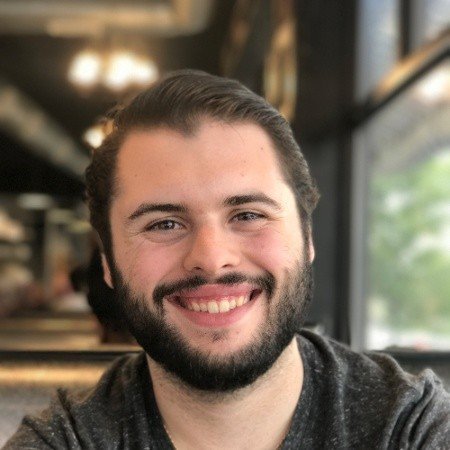 Why I Switched to Computer Information Systems? – Giuseppe Barletta

Giuseppe Barletta graduated from Wentworth Institute of Technology in August 2018 with a degree in Computer Information Systems.…
Will 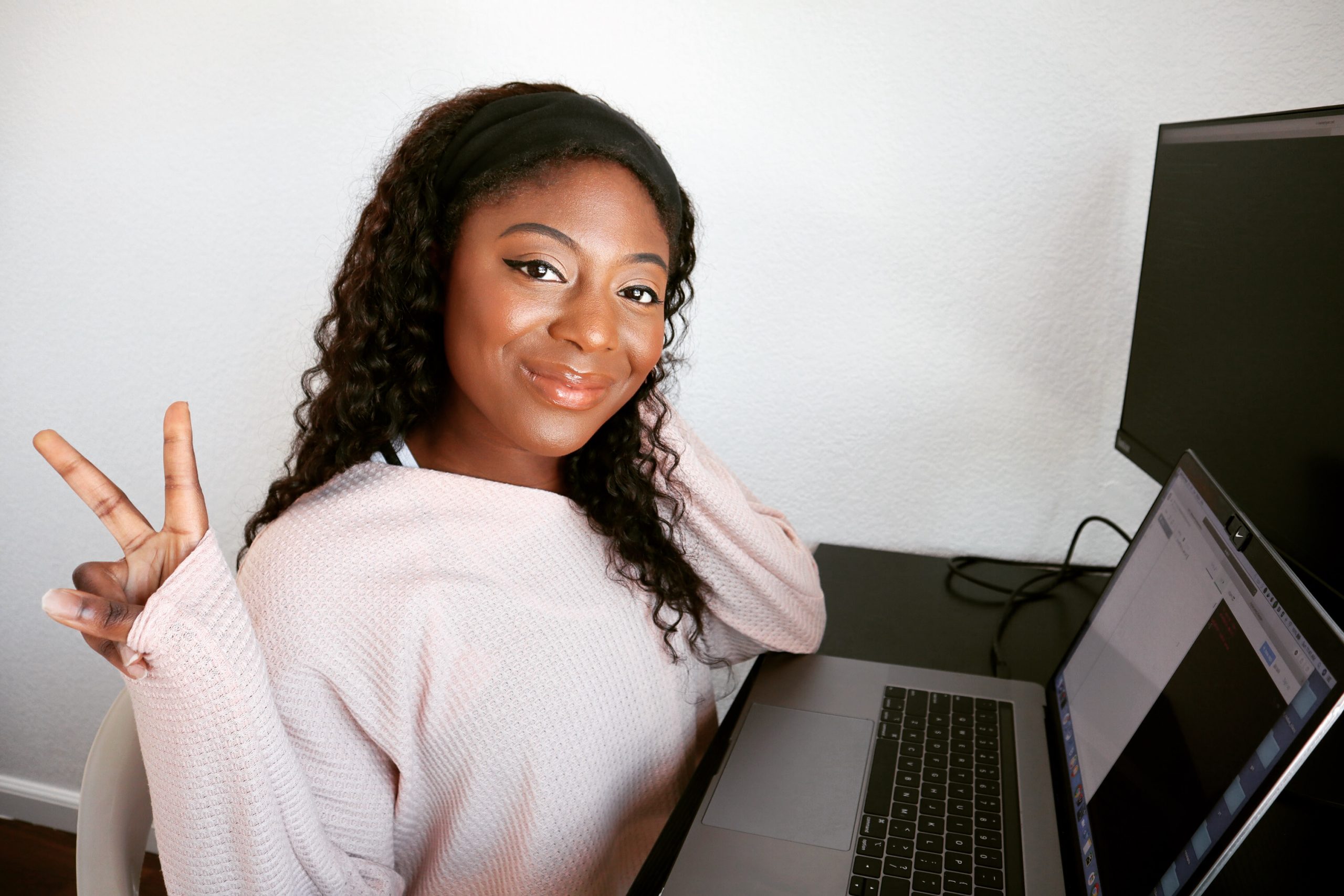 Tell us a little about yourself. Maya Bello is a software engineer that works in the financial tech…
careerbyte Team 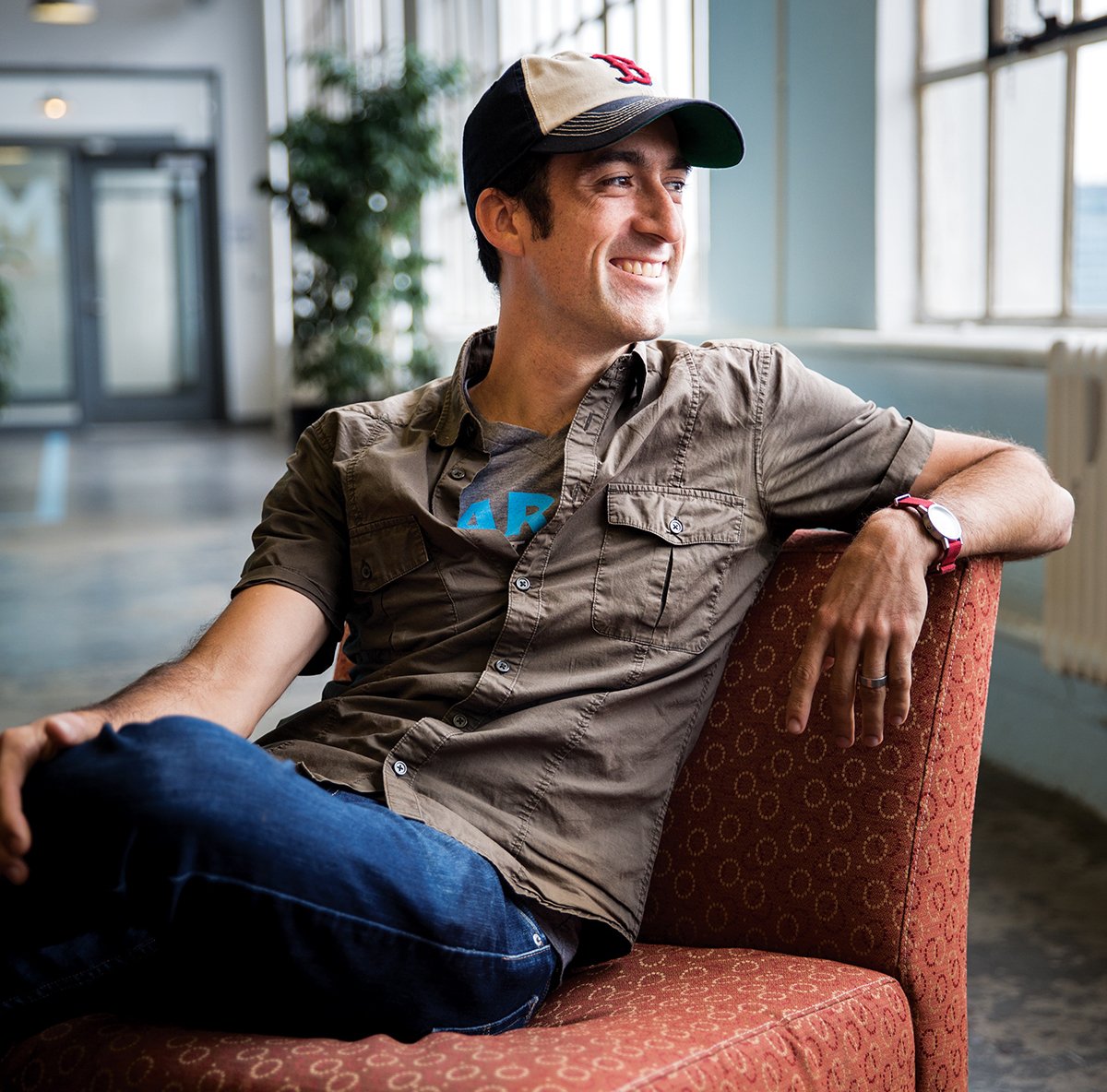 Tell us a little about yourself. I’m a short, wiry Mexican American guy who loves the language and…
Kunle Lawal

Tell us about yourself. My name is Sovathya Sar and I am a Program Engineer at Skanska within…
Will